A cartoon shared by Donald Trump on his homemade social media network over the weekend captures the idea, however crudely. It depicts a smiling, resigned Trump holding a large shield against which a number of arrows are landing. The arrows, fletched in blue, are labeled “DOJ,” “FBI,” “IRS,” “MS MEDIA” and, in an arrow with red feathers, “RINOS.” In his left hand, Trump holds a flag reading “We the People.”

But then, behind him, there’s a sign: “You are here,” an arrow pointing to the area behind the former president. You are there, behind him, shielded by him. The arrows are striking his shield — but they’re being aimed at you.

Sign up for How To Read This Chart, a weekly data newsletter from Philip Bump

It’s long been the case that Trump has tried to present himself not as the political right’s leader but as its sword and its armor. His rhetoric was always heavy with “we” language; the fight in which he was engaged was a collective fight. However incongruous it might have seemed for a Fifth Avenue tycoon to private-jet his way to defending Wisconsin factory workers, his background probably helped his cause. In the 2016 election, he claimed to understand how the corrupt system worked as a former participant in it — so he had the tools to dismantle it. He was an elite who’d grown sick of the elites, a defector willing to collapse the regime from the inside.

Speaking to his supporters, their sense that Trump was an intermediary on their behalf was very real. Tactile. Trump marketed this sense that he was fighting on behalf of this particular subset of Americans and it was persuasive, particularly when he won in 2016. Here was a champion battling the loathed elites and their heroes like Hillary Clinton — and winning! Trump came to the presidency with a Fox News-level understanding of how government worked. When he then targeted those elements, it landed with a splash among other Fox News viewers.

But, of course, the gilded facade was just that. There were and are real questions about the legality of Trump’s actions, his business and his approach to the presidency. Multiple members of his campaign team were linked to Russia even as that country tried to aid his victory, a reality that prompted a lengthy investigation. Trump’s sales pitch evolved with ease: The FBI was targeting him because he was fighting for real Americans against the “deep state” elites. From a political standpoint, it was genius. If you depict the establishment as both all-powerful and riddled with bias, even the most obviously justified investigation becomes an unacceptable effort to attack Trump unfairly. And, by extension, normal Americans.

One person who recognizes the utility of Trump’s framing is Fox News’s Tucker Carlson. The show host had the misfortune of being on vacation last week, and so missed the first round of anger at the FBI search of Trump’s Mar-a-Lago estate.

He made up for lost time.

“If you expressed any support for him or any interest in retaining, I don’t know, the rights of free speech and due process, you’re a criminal, too,” Carlson said Monday night. “In fact, you are the threat. You’re the threat. And just mentioning you disagree with what is happening is an attack on our government.”

That thing about “free speech and due process” is a summary of the 20 minutes that preceded Carlson’s distillation of the point. If you’ve never watched Carlson’s monologues, it’s hard to convey the rapid unspooling of misinformation they entail, the college-debate-team efforts to cast his enemies as unrepentantly devious and his allies as unfairly attacked.

On Monday night, for example, Carlson:

He’s been at that for a while, giving people like former Trump attorney John Eastman sympathetic airtime after authorities seized his phone as part of an investigation into — as you may recall — Eastman’s role in the effort to prevent the democratic transition of power. But he does so with either indifferent sloppiness or willful dishonesty.

A subpoena for Trump attorney Eric Herschmann, Carlson said, is a function of “going after him … because he gave legal advice to his client, Donald Trump.” Here, Fox News’s disinterest in airing or covering the Jan. 6 congressional hearings may be imposing a cost; any viewer of those hearings would know that Herschmann cannot credibly be cast as a loyal Trump ally. Then there was Carlson’s declaration that the Justice Department is “now” going after Trump’s attorney Rudy Giuliani — after the announcement that Giuliani is a target of criminal investigation in Georgia, not federally. Everyone who has any contact with law enforcement in any way is simply swept up into this theoretical effort to dismantle Trumpworld.

But not because of Trump. Because they’re out to get you.

Carlson’s been beating this drum since President Biden took office. It’s why he downplays the events of Jan. 6: the arrest of hundreds of Trump supporters for breaking into the Capitol simply becomes the arrest of hundreds of Trump supporters if you wave away the actual criminal conduct. He scoffs at the repeated warnings from law enforcement about domestic violence being committed by white supremacists, suggesting — in part for self-serving reasons — that everybody on the right gets called a white supremacist.

Part of this is simply Carlson hoping to build his audience off Trump’s base. But part of it extends beyond that, to stoking a sense of fury and fear.

Consider his comments as he concluded his monologue.

“We are at this point on the edge of something unprecedented and something awful,” Carlson warned. “You could feel it. Even Donald Trump feels it, maybe for the first time in his life. Donald Trump seems sincerely interested in lowering the temperature not just for his own sake, but for the country.”

This was a reference to an interview Trump gave in which he claimed to have offered assistance to the Justice Department.

“He said that. He’s never said anything like that,” Carlson continued. “Maybe he doesn’t mean it, but when has he ever said that? Let’s all calm down a little, he said the other day. This isn’t good. Yeah, he’s right. It’s not good. And not just for him. For all of us. This could get very bad, very fast.”

But, he added, the “Biden people don’t care” because “they’re facing a repudiation from voters and they’re desperate and they’ll do anything. But at what cost? Pray they pull back before it’s too late.”

They’re out to get you, America. So vote Trump. So watch Fox. 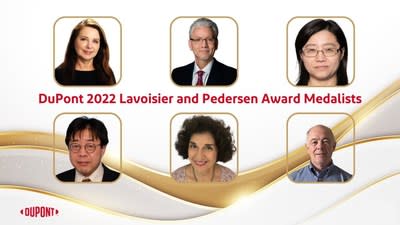