The tut-tutting from EU policymakers can almost be heard from across the English Channel.

Current and former officials in continental Europe are barely even trying to conceal their Schadenfreude over the market turmoil that has greeted the UK government’s plan to fund £45bn of tax cuts mostly for high-earners by increasing debt.

The French, German and Spanish finance ministers have all criticised the fiscal package presented on Friday by UK chancellor Kwasi Kwarteng, which has also met with opprobrium from the IMF, the US Treasury and the Federal Reserve.

In mainland European capitals, there is a further gut feeling that as well as being a poorly timed and risky idea, which sent the pound tumbling and forced the Bank of England to intervene to halt historic falls in gilt prices, the crisis caused by the UK tax-cutting plan has exposed what is widely seen as flawed thinking behind Brexit.

“Since Brexit, the UK has shown a lot of hubris and denying reality, as if it was going back to greatness and the days of the empire,” said Vítor Constâncio, a former vice-president of the European Central Bank. “It’s delusional and underlines the cautionary tale that Brexit has represented, which is that going away from the European centre has been bad for the UK.

“The pound is no longer an internationally meaningful currency — it’s amazing.”

Constâncio, now an economics professor at the University of Navarra in Madrid, continued: “There is Schadenfreude, yes — not pleasure, that would be too strong. But yes, the sense of ‘I told you so’ is widespread in Europe now.”

The Bank of England on Wednesday warned of a “material risk to UK financial stability” from the turmoil in UK government bond markets that followed Kwarteng’s tax cuts and borrowing plan. The sell-off in gilts heaped pressure on pension funds to offload bonds to stave off solvency concerns and caused many banks to withdraw mortgage offers.

“The markets are thinking, ‘They hadn’t thought through Brexit carefully enough and now they haven’t thought this through either’,” said Stefan Gerlach, a former deputy governor of the Central Bank of Ireland. “The UK is still a major player in global finance and it’s worrisome to have such an important economy managed by people who don’t seem up to it.”

The comeuppance of Conservative prime minister Liz Truss’s new government, which took office at the start of month, is seen by some as a warning to the far-right coalition led by Giorgia Meloni that won last weekend’s election in Italy not to try anything too financially risky.

When French finance minister Bruno Le Maire was asked if he worried about Italy’s election result, he told France Inter radio: “If there is any concern in Europe, it is around Great Britain.”

“When you come out of European protection [with Brexit] and you announce £150bn of additional expenditure, you have an interest rate that jumps above 4 per cent,” said Le Maire. “Europe provides protection and I hope that Italy participates in that protection.”

For German finance minister Christian Lindner, the turmoil in the UK underlined the importance of fiscal restraint, especially with inflation at 40-year highs and central banks raising interest rates aggressively.

“In the UK, a major experiment is starting as the state simultaneously puts its foot on the gas while the central bank steps on the brakes,” said Lindner, who is facing calls to abandon Germany’s own debt brake that limits its budget deficits. This was suspended during the coronavirus pandemic but is due to return next year.

“We must not counteract the central bank’s policy of rising interest rates by sending fiscal stimulus for demand or for growth,” Linder said.

Nadia Calviño, Spain’s deputy prime minister for the economy, cited the UK financial tumult as a warning to tax-cutting regions run by Spain’s conservative opposition party. “We’re all capable of seeing how it’s leading the country not adrift but into disaster,” she said.

Another worry for EU policymakers are the sweeping changes to EU rules for the financial sector planned by the Truss government, which has already announced its intention to scrap a cap on bankers’ bonuses imposed by Brussels and to overhaul the Solvency II rules that govern the insurance sector.

“This will feed the impression that the British elite are just as bad as we thought they were and they are going to do a race to the bottom and regulatory dumping,” said Adam Posen, a former member of the BoE’s rate-setting Monetary Policy Committee.

“The danger is this will lead to more protectionism in Europe as they say: ‘The UK isn’t playing fair so we have to fight back.’”

Wed Oct 5 , 2022
U.S. light-vehicle sales remain in lower gear as the third quarter winds down, while slumping consumer sentiment threatens a further downshift. Cox Automotive on Wednesday cut its full-year new-vehicle sales outlook to 13.7 million — down more than 9 percent from 2021 and the industry’s lowest tally in a decade. […] 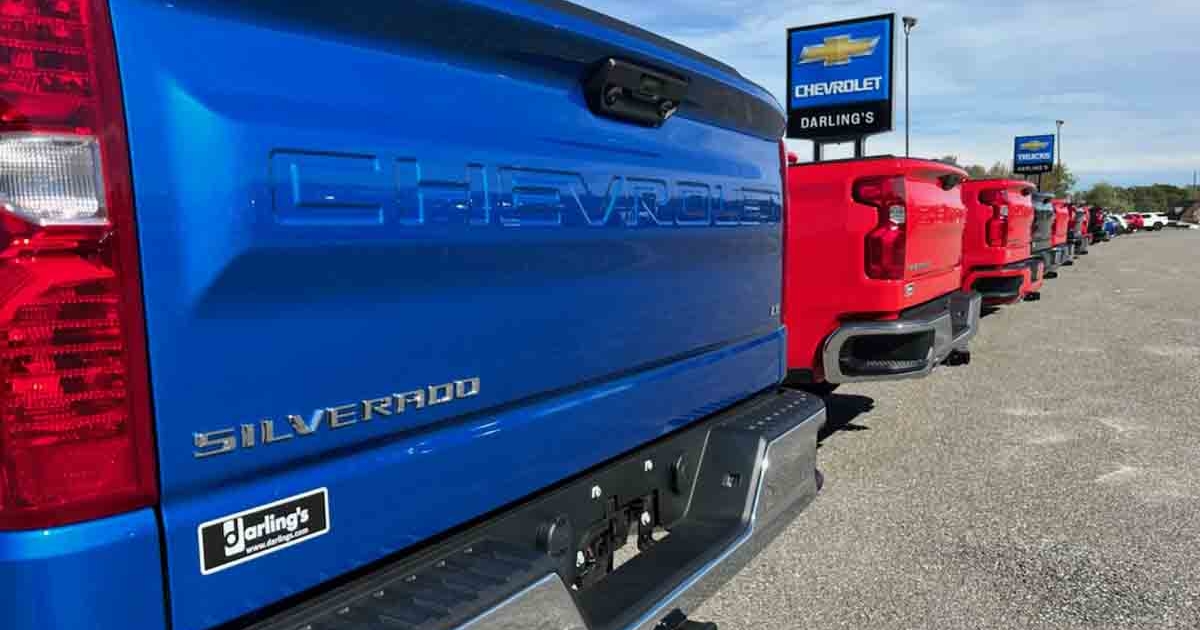