Student loan debtors are poised to get some breathing room after President Joe Biden unveiled a plan last month to forgive up to $20,000 per borrower in federal student loans.

But some experts say the one-time presidential pardon will not do much to alleviate the student debt crisis affecting millions of borrowers around the country.

Laurence Kotlikoff, an economics professor at Boston University and president of financial planning software company Economic Security Planning, has spent much of his career focused on the intergenerational redistribution of wealth.

Government programs like Social Security and Medicare take from younger generations and give to their elders while running huge deficits, Kotlikoff said. Student loans provided by the government similarly place an undue burden on younger Americans, he said.

“My message would be, ‘Don’t borrow for college to begin with — period,'” Kotlikoff said.

Under Biden’s plan, millions of borrowers will see $10,000 in forgiveness for federal student loans, or up to $20,000 for Pell Grant recipients. As a result, almost 20 million people, or nearly 45% of borrowers, will have their debts fully canceled, according to the White House.

That’s occurring in a population of more than 40 million borrowers who hold $1.7 trillion in student loan debt.

“Bailing out some people, many of whom are still paying college loans off in their 60s, is not a sin,” said Kotlikoff, who estimates there are about 3 million people in that age group who are still paying back student loan debt.

Those debts could be coming out of their Social Security checks as their balances have grown because they may have been charged interest on interest if they were not able to repay, Kotlikoff said.

“There’s no reasonable argument for the government forcing you to be paying this back literally when you’re 99,” Kotlikoff said.

Instead, other possible fixes may help borrowers avoid that situation in the first place.

Student loans are one of several types of debt that cannot be discharged in bankruptcy.

Kotlikoff argues this should be changed.

“If you go bankrupt, you should be able to discharge this obligation just like a mortgage or a credit card debt,” Kotlikoff said. “Of course, it will affect your credit score.”

“I think the best way to relieve student debt would be to allow it to be discharged in bankruptcy,” Summers tweeted last month. “I’d support this reform.”

Such a move would also penalize private creditors rather than subsidize them as Biden’s plan partly does, Summers wrote.

2. Set all interest rates to the 10-year Treasury

Everyone should be able to borrow at the government 10-year Treasury bond rate, which is currently used to set the rate for college student loans each year, Kotlikoff said.

Parent PLUS and graduate student loans should also be set to the 10-year Treasury, he said.

What’s more, if that rate drops, the loans should be immediately refinanced automatically so borrowers pay less interest without having to fill out paperwork, Kotlikoff said.

Borrowing should also be limited to an amount that parents and students can actually pay, Kotlikoff said.

Kotlikoff proposes the maximum people should be able to borrow should not affect their median earners’ lifetime living standard by more than 10%.

This would prevent parents from borrowing an unlimited amount on behalf of their children without any knowledge of who is going to repay the debt, he said.

It pays for itself in terms of more people being able to pay back.

“There’s a limit and once that limit is set, that’s going to put some demand pressure on higher ed to lower their prices,” Kotlikoff said.

Taken together, eliminating super-high interest and giving people a chance at the lowest prevailing rate while not putting people in debt forever would make money in the long run.

“It pays for itself in terms of more people being able to pay back, but secondly there’s productivity improvement in the economy,” he said.

Sun Sep 25 , 2022
New York state Attorney General Letitia James on Wednesday announced she is suing former President Donald Trump and three of his children for fraud stemming from her long-running civil investigation into the Trump Organization’s business dealings. “I am announcing today that we are filing a lawsuit against Donald Trump for […] 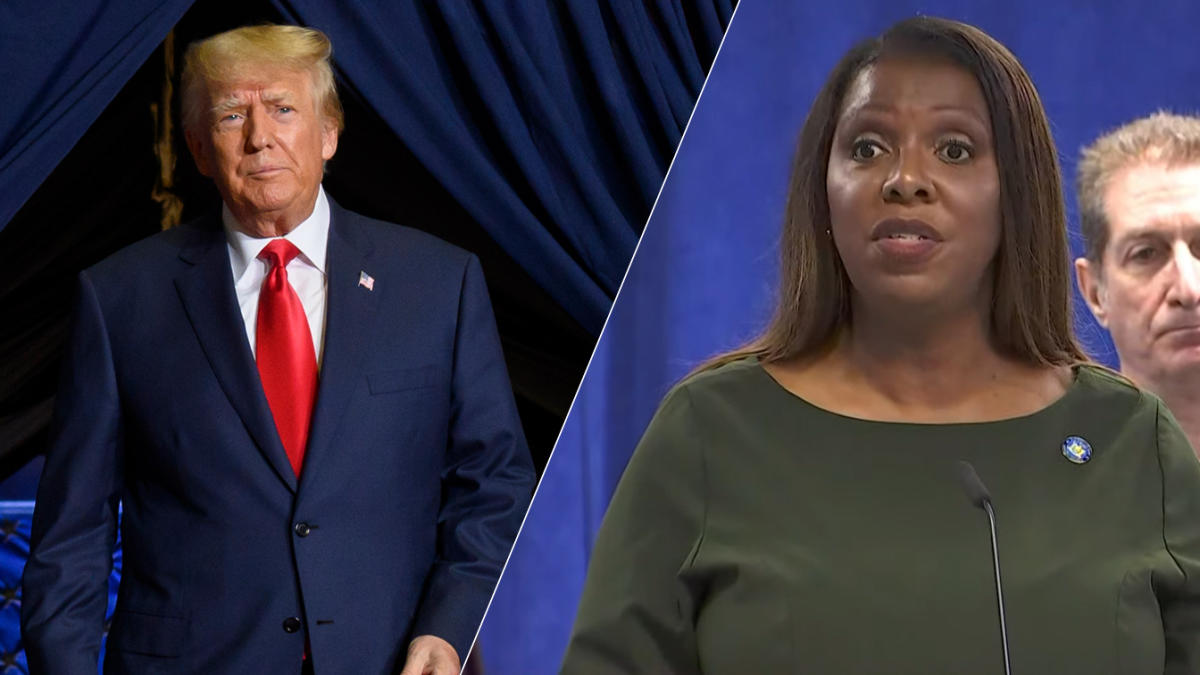