Some things in Washington happen with fanfare and hyperbole. Others slip by when the press corps leaves for vacation and skeleton crews are manning the wires.

When the White House announced President Biden’s student-debt relief plan on Aug. 24, for instance, it was a major media event. White House staffers telegraphed the move and conducted briefings for reporters. The White House published a detailed fact sheet and Biden himself discussed it the following day at a high-profile White House event. Biden clearly wanted credit for single-handedly helping millions of borrowers.

Chinese tariffs? Nothing to see here.

The Biden administration recently decided to renew the Trump tariffs on imports from China, but that news came on the Friday before Labor Day in an opaque announcement by the office of the US Trade Representative that got very little news coverage. There were no briefings for reporters, and Biden hasn’t brought it up, despite several speaking engagements since then. That’s how politicians dribble out news when they want nobody to notice.

Why bury the news that Biden is continuing the Trump tariffs without interruption? Probably because Biden sees nothing to gain from promoting it. Leaving the Trump tariffs in place is unpopular with many economists and business leaders, who argue that the Trump tariffs raise costs on Americans and contribute to inflation. Yet repealing them, even temporarily, would open Biden to charges that he’s “soft on China” just weeks before a crucial midterm election in which his party is fighting to keep control of Congress.

Under different circumstances, Biden might be inclined to reduce or eliminate some of those tariffs, possibly in exchange for some concession from China. There are compelling reasons to do so. Research published by the Peterson Institute for International Economics in April found that fully repealing the tariffs Trump imposed on Chinese imports could cut the US inflation rate by a percentage point or more and save the average household about $800 per year.

Trump claimed the tariffs, on roughly $300 billion worth of Chinese imports each year, would make American manufacturers more competitive and bring jobs back to the United States. But the evidence so far suggests the tariffs did more harm than good. A 2021 study by the US-China Business Council found the tariffs lowered US employment by 245,000 jobs. Another study found that US firms hit with higher costs from the tariffs lost $1.7 trillion in market value. China retaliated by cutting imports of American food products, forcing Trump to bail out US farmers. The deficit in goods in 2021 was $353 billion, compared with $375 billion in 2017, when Trump took office. Adjusted for inflation, the 2021 trade deficit was higher.

Why didn’t it happen?

Possibly because the White House thinks inflation is now heading in the right direction. US oil prices have dropped from $122 per barrel in June to $84. Gas prices have followed, falling from an average of $5.02 per gallon in mid-June to $3.76, with further declines likely in coming weeks. Supply chain snafus are easing. The costs of seaborne shipping and trucking, which skyrocketed during the COVID pandemic, are coming back down. Home price gains seem to be moderating.

His approval rating has inched up from a low of 38% in July to around 43%. That has come as gas prices have fallen and Congress passed legislation to bolster the computer chip industry and finance a green-energy rollout. The student debt-relief plan, which Biden did by executive order, pleased many Democrats who had pushed for it and united the party a bit. So Biden may now feel he’s done enough and it’s better to surf the wake following recent political wins than risk roiling the water by repealing China tariffs.

Democrats still need more than that to have any chance of holding onto Congress in the November midterms. They may have a good shot of keeping the Senate, which would require losing no seats. But holding the House will be more difficult, since redistricting and incumbent retirements among Democrats put them at a disadvantage. Plus, Biden still isn’t that popular, in part because while inflation has come down, it’s still far too high.

If Biden does want to reduce or eliminate the Trump tariffs, there will be other chances. The US Trade Representative says its review of the tariffs is ongoing, and details on next steps will arrive in “subsequent notices.” Like, after the midterm elections. Or on New Year’s Eve, maybe. When you least expect it, expect it.

Click here for politics news related to business and money 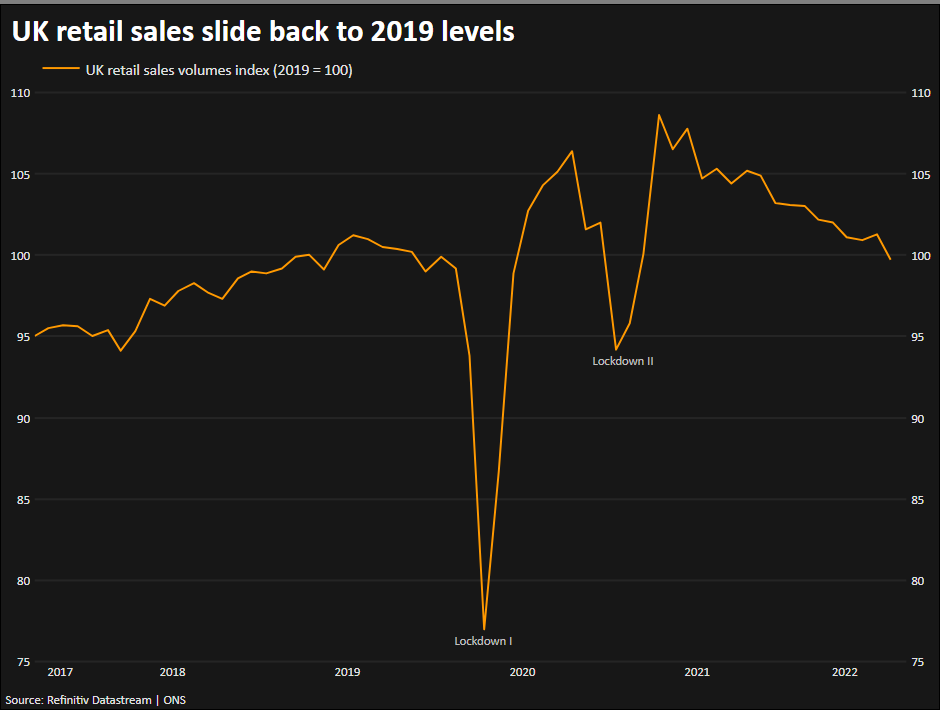