Graphene has been hailed as a wonder material for several years now in electronics as well as other areas, including several different types of materials. In 2018, research firm McKinsey estimated that by 2030 it will become a $70 billion market in semiconductors.

More recently, IDTechEx acknowledged last year that while the hype had not yet translated into revenue, high-volume orders were finally being placed. Use cases include ultracapacitors, lithium-ion batteries, coatings, and thermal management. Graphene will especially be valued as an additive to polymers and elastomers in uses such as automotive interiors, fuel and brake lines, non-food packaging, and EMI shielding. And in a July 2022 IDTechEx report, analysts also noted the large variety of different graphene materials, manufacturers, and production processes, as well as diverse applications and widely varying pricing.

Only recently have international standards for measuring graphene gotten underway. In June, results of the first comparisons of how chemical vapor deposition (CVD)-grown graphene is measured by different laboratories internationally were published in 2D Materials. These are expected to improve the accuracy of international standards. With a thickness of only a single layer of carbon atoms, graphene can be difficult to measure.

Also, there are several families of carbon-based materials, and “two graphene materials from two different companies might even be produced in similar fashion, but will result in different end-materials,” said Alexandre de Toledo Correa, CEO of Gerdau Graphene. “So two sources of graphene, even from similar families of products, may have different application results. And therefore knowing how to choose, source, and correctly apply graphene is key in this business.”

In electronics, most successes to date have been in sensors and optoelectronics. For example Cardea Bio’s graphene biosensors were used in 2021 when Army scientists said they were partnering with DARPA to develop a sensor that can detect airborne SARS-CoV-2, the virus that causes COVID-19 disease.

U.S. Army researchers plan to use a SenSARS graphene-based sensor platform to detect SARS-CoV-2 with a Protein Catalyzed Capture (PCC) agent. The PCC attaches to the graphene surface and can selectively bind to SARS-Cov-2, resulting in an increase of signal output.

UK-based Paragraf, a Cambridge University spin-off, uses graphene to redefine and improve sensors. While there are lots of reasons to do this, “The topline benefit is a sensitivity much higher than other available materials can provide,” said CTO John Tingay. Another is graphene’s predictable temperature, making calibration easier.

Graphene As a Polymer Additive

Gerdau Graphene, headquartered in Brazil, is a spinoff from one of the Americas’ largest steelmakers, Gerdau. It intends to make the application of graphene on a large scale commercially viable, Correa said. Because the new company’s first customer was Gerdau’s own steel mills, this sped up its product test and development and helped develop expertise in multiple industrial applications.

The company takes graphene materials from different sources and transforms them into additives for various industries, including polymers, coatings, and lubricants. Several steps are involved in this transformation.

After choosing the right material, its dispersion formula is developed. This involves maintaining layer separation, “so you end up with material one to 10 atoms thick dispersed in a matrix compatible with your end-application,” Correa said. Next, graphene is transformed into an additive that can be applied easily in the end-product’s factory environment. Gerdau Graphene is one of the few doing this middle step of dispersing and transforming into additives. For plastics, that means transforming it into a masterbatch. 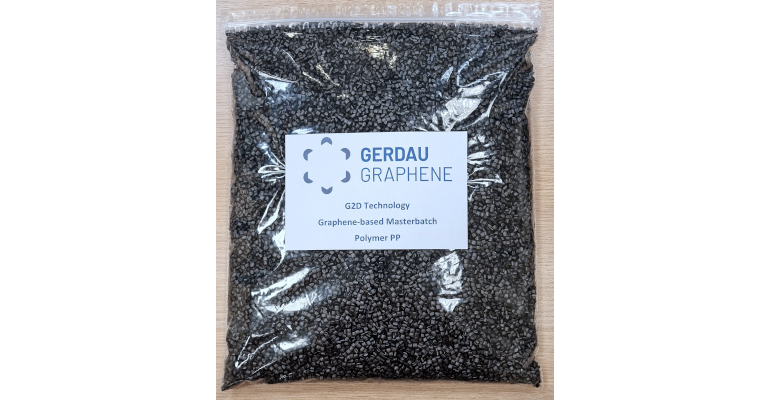 Other uses in plastics are as a barrier against bacteria, viruses, or UV light, or to improve electrical or thermal conductivity, such as a graphene coating on synthetic fibers for better thermal management.

Correa believes graphene will be a key disruptor in the plastics industry, because it can reduce material consumption, or boost a process gain, and improve end-products. Increasing sustainability throughout the plastics lifecycle is a big challenge. Adding graphene can create stronger, more durable products, for less cost, using far less petroleum and raw materials, so less plastic becomes post-consumer waste. “And, in a near future, post-consumer waste may even be a source for graphene, closing a very interesting circular economy proposal,” he said.

Graphene’s mechanical benefits include extreme durability and immunity to mechanical shock and vibration, critical in applications such as automotive, said Dan Barlow, Paragraf’s director for sensors. It also operates at very low current: in phones and other consumer applications, “a sensor that draws 1000 times less current than other materials is a big deal,” he said. According to the company, Paragraf’s is the only one available that functions correctly at milliKelvin temperatures and operates in those environments for long time periods. 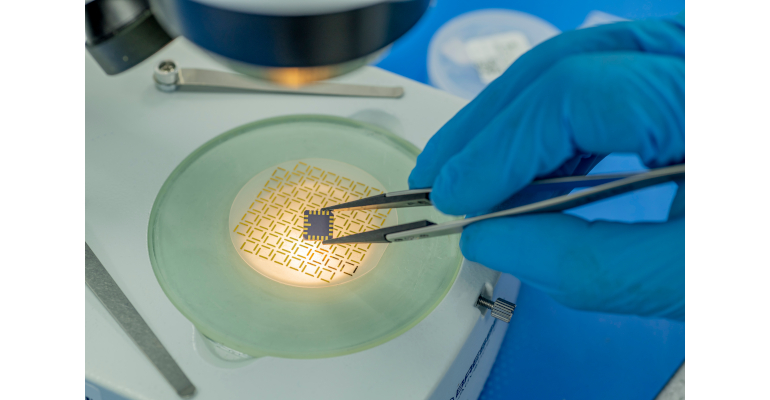 Graphene chip inspection, with a wafer in the background.

In biosensors, a graphene transistor eliminates the need for sample preparation. The channel essentially bonds with the target, such as a protein or virus, changing the transistor’s electrical characteristics and producing a very sensitive system, Tingay said. That makes possible lab-quality diagnostics in a physician’s office or even at home.

The company’s graphene biosensor is being developed for the in-vitro diagnostics industry. Its unique properties “will transform the diagnosis of infectious diseases, cancer, and other serious conditions and accelerate the move to point-of-care testing due to its ease of use and minimal sample volume requirement,” said Diagnostic Director Malcom Stewart.

Paragraf also says it’s the first company to develop a scalable approach to graphene electronic device manufacturing, due to its contamination-free technology that eliminates differences across the batch, said Barlow. “Other Hall sensor manufacturers have a large library of Hall-effect sensors tailored for many different applications, but ours are tunable.”

The only other way to scale graphene production is growing it on a copper surface substrate, said Tingay. But that requires the extra step of removing it to the surface to be worked on, causing both contamination from the copper and mechanical damage. There’s also no toolset available for making that transfer.

Instead, Paragraf avoids contamination or degradation by depositing graphene directly on the substrate surface to be used. “We use a standard metal organic CVD process that’s already used in semiconductor processing, and there’s a toolset ready for this,” said Tingay. “So on Day 1 our graphene is manufacturable and scalable.”

Other companies are working on industrial-scale graphene CVD processes, as well as other manufacturing processes. U.S.-based General Graphene uses two types of transfer methods for reducing defects. Its applications include electronics, barrier films and energy storage.

Graphenea, headquartered in Spain, launched a new graphene FET (GFET) process for producing GFET chips in February, and in June a line of miniGFET fully-packaged devices.

Australia-based Graphene Manufacturing Group has developed a proprietary production process that decomposes methane into its elements, including carbon as graphene, which produces high-quality, low-cost, low-contaminant graphene that’s also scalable and tunable, for clean-technology and other applications. In June, the company said it had manufactured the first graphene aluminum-ion (G+Al) battery pouch cells, a highly efficient, soft battery design that increases energy density. 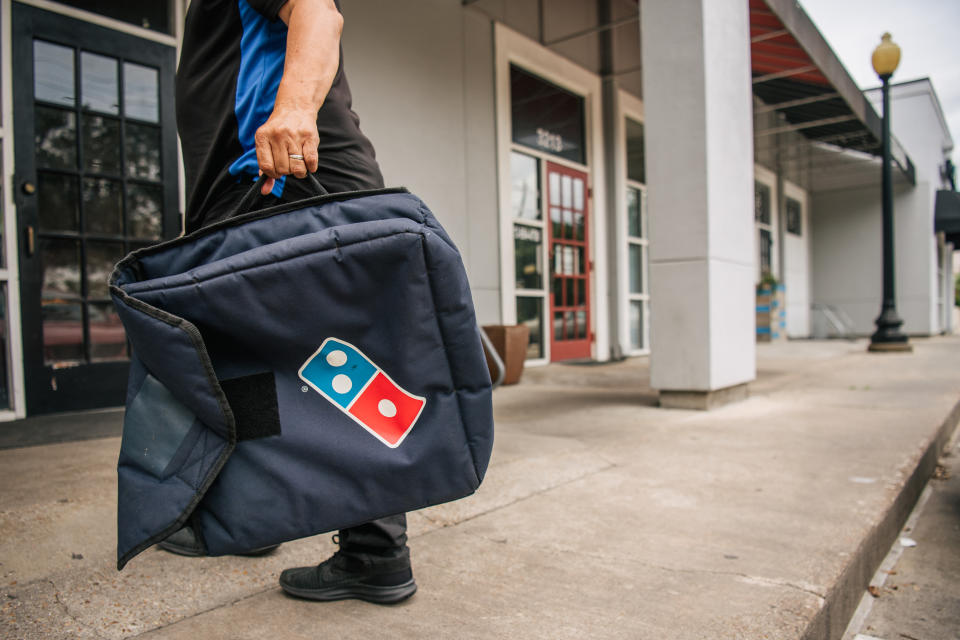