This is the daily notebook of Mike Santoli, CNBC’s senior markets commentator, with ideas about trends, stocks and market statistics. Here’s is the oversold bounce that seemed to be due. The market is making a tentative case that widely watched support areas could hold up as the fast-moving macro stress indicators (bond yields, the dollar, oil) lift a bit of pressure off equities. With some internal market measures getting stretched after three weeks of selling (percentage of stocks above short-term averages, consecutive-day losing streaks for the indexes, elevated put/call ratios), the S & P 500 is able to lift off the 3,900 level that represents the June-rally uptrend line and various other past support areas. Wednesday’s rally took hold after a Wall Street Journal article dropped the Federal Reserve’s latest leaning toward a 0.75 percentage-point hike the week after next instead of a half-point. While the market was already leaning lightly in that direction, the perceived signal of Fed intentions provided a good test of how markets are already situated for such an outcome. The U.S. dollar index (whose upward rampage everyone has suddenly noticed) popped and then couldn’t hold it. Treasury yields (as noted late Tuesday, pushed higher by huge corporate-debt issuance to start the week) are down small Wednesday. Oil is a major casualty of global-slowdown fears and the 20-year high in the dollar, not to mention some apparent stress in the speculator community. Gasoline is nearly flat on the year, good for the real economy/softer landing story, if not for the fast money. With a stock market such as this one — caught among a general eight-month downtrend, a strong ramp off the lows and sudden surrender of more than half the rally — the first step is for it to respond to oversold conditions with a bounce. Then, it’s about evaluating how far it gets (in this case can the S & P 500 retake 4,100-ish?), and then, does a macro/fundamental storyline emerge to give it credence and keep pullbacks contained? I pointed out Tuesday that the broad indexes have struggled to make headway when the 10-year yield has been above 3%, but it’s worth noting some signs that the degree of equity sensitivity to yield levels might have dulled a bit. Both the S & P 500 and Nasdaq were several percent lower the last time the 10-year was at current readings near 3.3%, for what that’s worth. Much attention Wednesday in the research notes and social-media commentary is on the prospect of a financial “accident” triggered by the erratic and extreme moves in European and U.S. yields, power markets, currency pairs, etc. Certainly history shows that tightening cycles have a tendency to create dislocations in markets at some point, though there isn’t too much evidence of anything imminent. Various “financial stress” gauges are elevated but still below acutely worrisome levels. And, as noted, on Tuesday corporate America priced some $35 billion in new debt, a sign the markets are functioning fine. The high-yield index risk spread is up from recent benign levels but short of the danger zone. Apple doing its new-product launch event as the stock finds itself in a universally observed support zone in the low-$150s going back to a short-term peak set exactly a year ago. Don’t think Apple needs to — or should — lead any broad market recovery from here (still-full valuation, still above a 7% of the S & P weight), but it shouldn’t fall apart. Ideal would be a sideways chop as cyclical parts of the market (industrials, banks hanging in pretty well) outperform for a bit. Market breadth is pretty good, 2:1 up:down volume. Credit markets are firmer. VIX is down a point, not yet offering an “all clear” forecast though VIX futures prices are in the “normal” arrangement, not sending any bad vibrations at the moment. 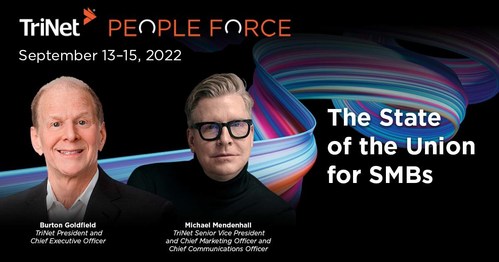