The 2022 general elections are now less than three weeks away, as mail-in ballots will be mailed out to voters in Colorado the week of Oct. 18.

When we were students in the 1960s, election campaigns were dominated by the three major television networks — CBS, NBC, and ABC — and their local affiliates. The 30-second television spot ad was the preferred campaign tool of the day, and state and local candidates for office would buy local spot ads on national television programs. The ads would run on dramas and variety shows as well as sporting events.

A favorite place to run campaign ads in the 1960s was the evening news programs — both the national news on the TV network and the local news on the network affiliate. People who watched television news were likely to vote, so the thinking went, so the best way to reach them was to buy TV ads on the evening news.

That changed with the rise of cable and satellite television in the 1980s. Instead of most viewers watching only three national television networks, the audience began to divide by watching a variety of different entertainment sources. Viewers could watch a sports channel, or a shopping channel, or an old movies channel, or 24-hour cable news, or a conservative or liberal channel.

Instead of being moderate and middle of the road, some of these new forms of media often took distinctive Democratic or Republican stands on political issues in their efforts to gain a significant portion of the viewing audience.

The advent of the internet in the 1990s and early 2000s further splintered the electorate, with websites becoming ever more specialized and aimed at smaller groups of people. Voters were getting their news and political ideas from a great variety of sources, some of them far removed from the more moderate ideas that had dominated in the 1960s.

Now we have networks that are streaming both newly developed dramatic shows as well as an incredible variety of old movies and old television shows. Streaming (on Netflix, HBO, Amazon Prime, Disney, etc.) has recently become the most viewed form of media in the United States.

People can access on demand all of these different entertainment sources. The important point is that there is little commonality in what voters are watching. That makes it challenging for candidates in the present day to reach quickly and easily substantial numbers of voters that they can persuade to vote for them.

And that brings us to the 2022 general election. Here are the various campaign marketing techniques you are likely to encounter.

Colorful postcards. Despite all the advances in electronic communication in recent years, colorful postcards with photographs and short explicit political messages are still widely used, especially in the last weeks of a campaign. That is because, using addresses from the voter registration lists, the postcards can be mailed to the exact people who will be eligible to vote.

Postcards are particularly valuable in local races for state senator, state representative, and county commissioner, etc. Buying TV or digital advertising in such races is inefficient, because candidates have to pay to reach people who cannot vote in that particular election because they do not live in the district.

Candidate websites. It used to be that you had to stop by the campaign headquarters to pick up written information on a particular candidate for office. In the age of the internet, however, almost all candidates in competitive races will have a website. You can reach the website by searching the internet for the candidate’s name.

There is great variety in candidate websites. Some are skillfully done and contain photographs as well as information about the candidate’s family, profession, views on major issues etc. These websites are filled with self-promotion. However, the quality of a candidate’s website can tell you a lot about them and can influence whether you vote for them or not.

Free television, cable and streaming. We know there will be much television advertising, because valuable TV time has already been purchased in the millions of dollars by the two major national political parties. Except for the major sporting events that still appear on free television, much of the money will likely be spent on cable television and streaming.

It is likely that most TV advertising will be for major races such as U. S. senator and state governor. Television is expensive but has the redeeming characteristic of reaching large audiences. Statewide election campaigns for both major political parties may decide to buy time on popular streamed shows. It could be that streaming will be to campaigning in 2022 what television was in the 1960s.

Digital advertising. Election ads on social media have been around for a few years. Data mining by major tech companies is now capable of framing political ads targeted for you on the basis of what they know about you. The New York Times recently reported that this “targeting has become so precise that next door neighbors streaming the same show on the same streaming service may now be shown different political ads — based on data about their voting record, party affiliation, age, gender, race or ethnicity, estimated home value, shopping habits, or views on gun control.”

Little or none of this is regulated. Campaign marketers are only beginning to learn how to incorporate this strategy into their efforts. Be prepared for much more digital targeting in the future.

When you are on social media and a campaign ad appears, note where you are and what you are doing on the internet. You may be able to figure out how you became the target of the ad. Ask yourself: Through which interest of yours was the ad trying to reach you?

Phone banking. This is a less-effective campaign marketing technique than it was in the previous generation. More and more people resist unsolicited telephone calls. Still both parties will phone party regulars to remind them to mark their ballots and mail them.

Newspapers. Is there any neutral site where you can get unbiased evaluations of the candidates? Probably not. However, we recommend you consider the political reporting and endorsements in multiple local newspapers such as The Gazette and the Independent in Colorado Springs or the Denver Post, The Denver Gazette and Westword in Denver metro. Discuss this reporting with your family. Maybe even discuss it with a member of the other political party who lives nearby or is a fellow worker at your workplace.

Television. Local television stations focus on weather and traffic reports, sports scores, and local tragedies and do not to seem to have the time or staff to cover local elections well. Many of them do, however, co-sponsor candidate debates and these can be worth watching.

In short, don’t just rely on the postcards and the ads on the internet. Work to transcend the marketing spin that inevitably comes with every election campaign. Prudent judicious voting is more important than ever. Give it the time it deserves.

Thu Oct 6 , 2022
(Bloomberg) — Amazon.com Inc. announced a pay increase for hourly workers in the US that it says will take average starting wage for most front-line employees in warehousing and transportation to more than $19 an hour. Most Read from Bloomberg The company’s minimum level of $15 an hour for all […] 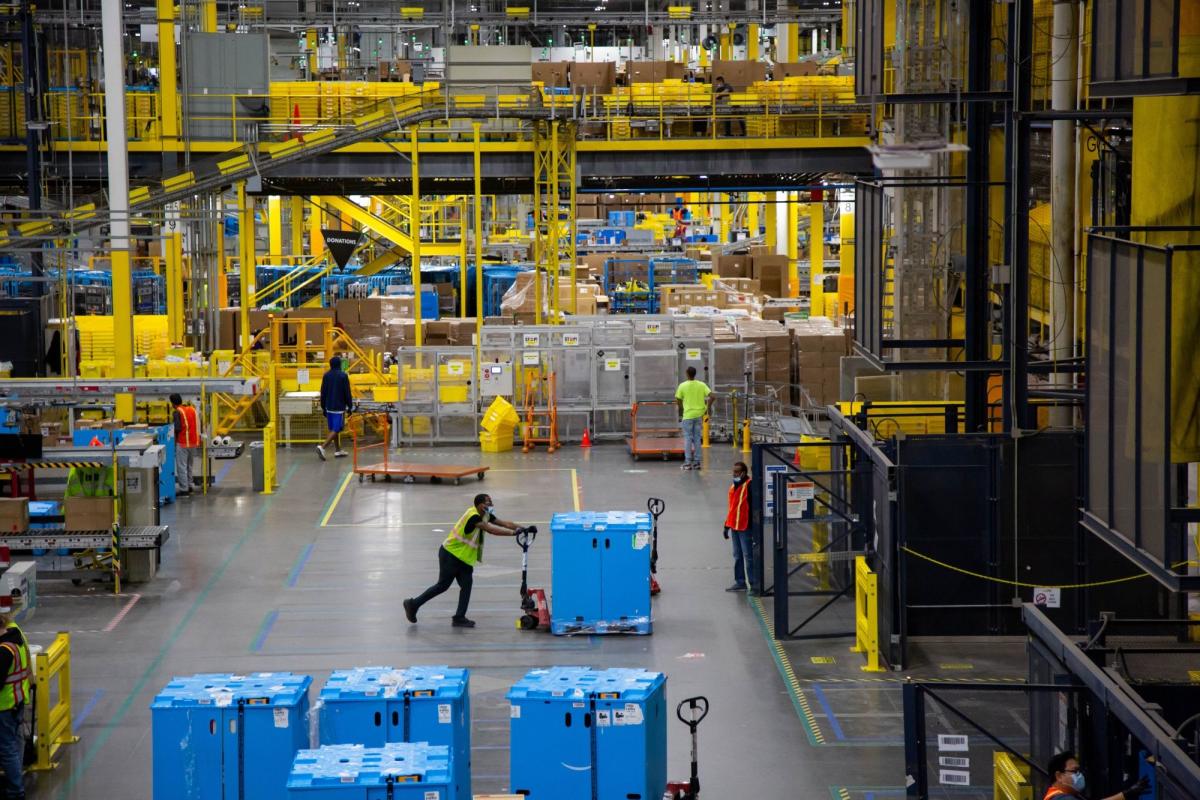