Georgia Southern University’s Business Innovation Group (BIG), a place where innovators and entrepreneurs in southeast Georgia can gain skills and training to transform their businesses, has teamed up with one of its own clients to offer enhanced resources to the community.

BIG has been working alongside Garrett Clark — a Georgia Southern alumnus, Statesboro-Bulloch County Chamber of Commerce board member and local business owner — as its Community Catalyst, a role BIG has had since its inception in 2014. In this role, Clark shares his leadership, problem-solving expertise and marketing strategy in an advisory capacity to BIG’s leadership team and fellow entrepreneurs in the space.

Founding Director of BIG and Associate Provost for Innovation and Commercialization at Georgia Southern, Dominique Halaby, DPA, said as the current Community Catalyst, Clark, a visionary and innovator, has been an integral part of the environment.

“He is really a growth minded entrepreneur, so it’s not just about the business that he has in place and making the most of that business, for him it’s about developing strategies for growth to make that business scalable and the steps it will take to get it there,” Halaby said. “Having that perspective from the boots on the ground, having an entrepreneur that’s really thinking a couple of steps ahead about what the data needs are going to be to help drive those determinations really helps us in thinking about which process we put for other entrepreneurs.”

Clark, who owns Rolling Monkey Ice Cream in Statesboro, began working with BIG in 2019 after he and his team began to outgrow the business’ original storefront office space due to rapid success. Clark looked to acquire a larger office space in Statesboro where he discovered BIG’s facilities and its operations.

With a background in engineering and as the owner of a thriving business, Clark began thinking of ways he could add value to BIG’s operation.

“I enjoy adding value and improving any organization that I am a part of. When I came into the BIG, I saw the tremendous potential and was excited to make improvements that would yield synergy between clients and incubator employees,” Clark said. “As a visionary and innovator, it’s of my nature to question what currently exists, see where its foundational opportunities are and map a path forward.”

From there, Clark used his value stream engineering experience and the model he used to create his own successful business to develop a framework tailored to BIG’s environment that would help BIG leverage the most out of its incubator-accelerator infrastructure.

“I used a framework that was specifically designed to solve complex problems, to map and understand what the Business Innovation Group’s largest gaps were,” Clark said. “From there, I studied incubators such as The University of Waterloo’s Velocity Incubator to understand what made them world-class and then mapped out a future state for the Business Innovation Group to progress into based on these proven models.”

It was this that led to his current role as Community Catalyst.

“Through that framework and future state map, we’re now well on the way of bringing the vision to reality as some of those components have already been implemented, such as the VIP Learning Management System and the BigX accelerator program,” Clark said.

The Learning Management System program was designed to effectively incubate startup companies through a self-paced, on-demand model to help them achieve their goals. It provides them with a detailed learning program that walks them through the growth cycle within a specific time frame. Mentors and employees of BIG provide training and coaching support within particular sections of the program.

Clark was also instrumental in the launch of the BIGx accelerator program — a peer-to-peer advising group with a structured face-to-face cohort model with monthly accountability sessions — which launched in 2021. He also was a participant in the first cohort of entrepreneurs to go through the program in order to test the model and provide feedback for optimization. The program has now been shared at the international level where it has been applauded for its innovation.

Both programs were well-supported by the BIG leadership, who also invested in leaders to execute the two initiatives. Halaby said Clark’s data-driven approach to entrepreneurship has been very valuable to the leaders and other entrepreneurs in the space.

“He does a fantastic job in scouring the market and seeing what else is happening, especially when it comes to making data driven decisions and bringing that back in really an advisory capacity,” Halaby said.

Since using this framework for growth in his own business, Clark said sharing it with others and helping them problem solve is part of what brings him joy.

“It’s a very rewarding process to give through doing what I love,” Clark said. “My hope is to continue to bring a positive impact to those I collaborate with.”

To learn more about BIG and its programs, visit GeorgiaSouthern.edu/BIG.

The Worst Financial Decision I Ever Made

Wed Aug 24 , 2022
Rick Osentoski/AP/Shutterstock NFL wide receiver Calvin Johnson retired from the league in 2016 after nine seasons playing for the Detroit Lions. Johnson, whose first job was bagging groceries, had a lot to learn about finance when he started making big bucks as a pro football player. He now boasts a […] 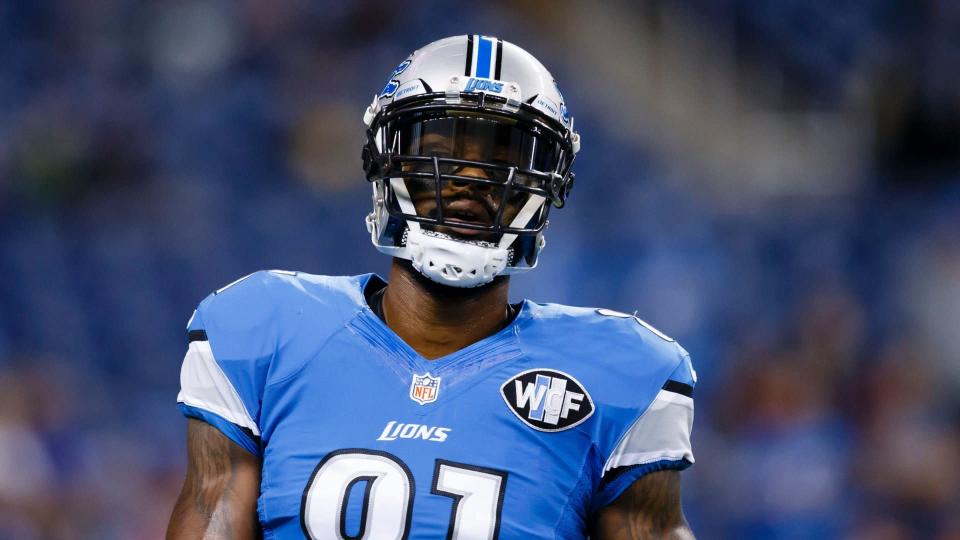