The NYPD said in a statement Sunday that Arnal, 52, was found unconscious and unresponsive outside his luxury 57-story skyscraper in the neighborhood of Tribeca around 12:30 p.m. Friday. Police said the man “appeared to suffer from injuries indicative from a fall from an elevated position.” EMS responded and pronounced the man dead, police said.

The law enforcement source told CNN Sunday that Arnal’s wife witnessed him jump. The source said while no suicide note was found, no criminality is suspected.

The NYPD said the New York City Medical Examiner’s Office will determine the cause of death and the investigation remains ongoing. CNN has reached out to the medical examiner’s office but did not receive an immediate response.

Bed Bath & Beyond is “profoundly saddened by this shocking loss”, a spokesperson for the company said in response to the death of Arnal.

In a statement Sunday, the Independent Chair of Bed Bath & Beyond’s Board of Directors Harriet Edelman said, “I wish to extend our sincerest condolences to Gustavo’s family.”

Edelman added, “Our focus is on supporting his family and his team and our thoughts are with them during this sad and difficult time. Please join us in respecting the family’s privacy.”

The statement said Arnal joined Bed Bath & Beyond Inc. in May 2020 following a career in finance at Avon, Walgreens Boots Alliance and Procter & Gamble.

Edelman said Arnal was “instrumental in guiding the organization throughout the coronavirus pandemic, transforming the company’s financial foundation and building a strong and talented team. He was also an esteemed colleague in the financial community.”

CNN reported this week that Bed Bath & Beyond is in deep turmoil. The company is trying to rescue itself and stay out of bankruptcy by shrinking. The chain said Wednesday that it will lay off approximately 20% of corporate employees, close around 150 stores and slash several of its in-house home goods brands. The company also said it secured more than $500 million in financing to shore up its ailing financial straits.

Arnal was named as a defendant in a class action lawsuit accusing him, Ryan Cohen and other large shareholders of engaging in a “pump and dump” scheme to artificially inflate the price of the company’s stock.

The lawsuit was filed on August 23 in United States District Court for the District of Columbia.

The lawsuit claims that Arnal and others made misleading statements and omissions when communicating to investors regarding BBBY’s strategic plans and financial condition, and delayed disclosures about holding and selling their own shares.

Editor’s Note: If you or someone you know is struggling with suicidal thoughts or mental health matters, please call the National Suicide Prevention Lifeline at 988 to connect with a trained counselor or visit the NSPL site.

Thu Sep 8 , 2022
Californians may need to take measures to conserve energy, including by avoiding charging electric vehicles, to prevent strain to the state’s power grid over the Labor Day weekend, officials said—a week after state regulators voted on a plan to ban the sale of gasoline-powered cars. The new policy, approved by […] 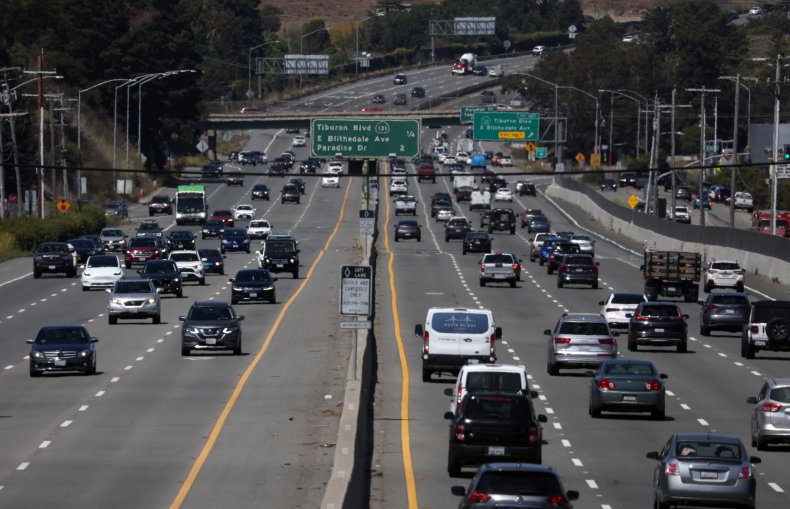